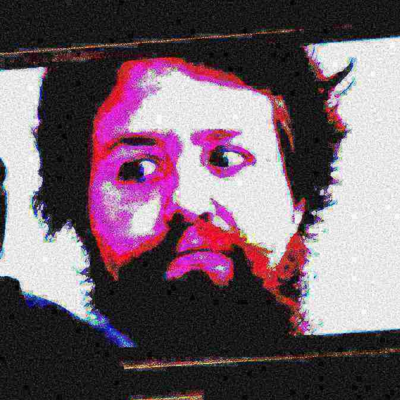 Out and about in #Seattle

All Cops Are Monsters

DRM is evil. If someone won't sell you DRM free media on your terms, pirate it. RESIST.

There are 7 county charter amendments (kinda like the county's constitution) on the ballot and they are heavily focused on law enforcement reform and a couple anti-discrimination amendments! Really good stuff in here and a great step for the county. Hope they all pass!

Are worried about being able to pay rent? Do you live in King County, Washington?

Got to www.kingcounty.gov/covid/rent for help

Just getting out of bed and the rain is POUNDING down outside, and according to weather radar, it's gonna get nastier for the next hour or so. That bright yellow looks like an intense squall line inside a larger front.

#Seattle mind yourselves if you are out and about, esp on the road early today.

"We hear you, King County! We're just as excited!

We got to be outside and appropriately distanced, and got off the streets right as the rain started.

Street art from that same Pike Market area walk. And what will probably be the last photo I ever take of the Elephant Car Wash sign

Just waking up and the sound of the #Rain coming down is an intense downpour. Forecast for most of the weekend is scattered thunderstorms.

#Seattle, this is a rain pants weekend.

A 'Back The Blue' rally is in progress, partnered with SPOG (Seattle Police Officers Guild, who were kicked out of King County largest labor council this spring)

I've never been so excited for an election to be over! #Seattle

I hope a billionaire doesn't buy this. #Seattle

Headline - A demolition permit has been filed for the Elephant Car Wash. What happens to the iconic sign?

Bartell Drugs, a local, family-owned business for 130 years, to be sold to Rite Aid for $95 million

After months of pandemic-related financial strain and years of uncertainty over its future, Bartell Drugs, one of the oldest companies in Washington state and one of the most familiar names in the Seattle business community, is being sold.

The 67-store regional drugstore chain, which has been owned by the same family since its founding in Seattle’s Central District in 1890, will be acquired by Rite Aid for $95 million, the companies announced Wednesday.

“We felt that this was the only answer,” said George D. Bartell, co-owner and chairman of the company his grandfather, George H. Bartell Sr., founded 130 years ago. “It was getting more difficult for regional operators to compete in the market.”

Pennsylvania-based Rite Aid, which has about 2,500 stores in 19 states, including 69 in and around Seattle, will keep the Bartell name on the stores. It disclosed no plans to close stores or cut any of Bartell’s about 1,600 retail staff. The sale is expected to close in December.

“That’s kind of who we want to be, more and more, is your local neighborhood pharmacy,” said Donigan, adding that Bartell has been successful reaching demographic groups, including young middle-income mothers, that Rite Aid was particularly interested in.

Can’t wait for them to run Bartell Drugs into the ground.

#Seattle may have lowest rate of #COVID19 cases among major U.S. cities